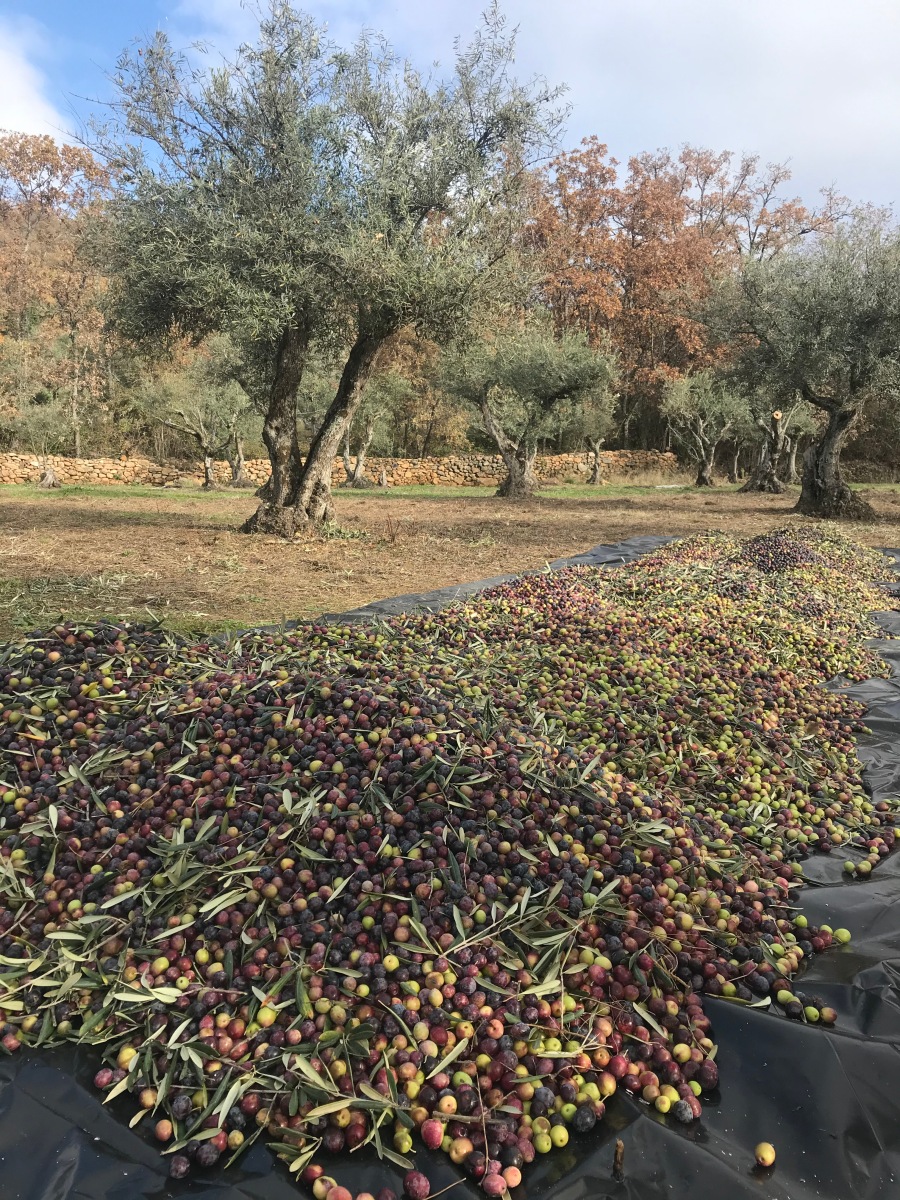 Our time in Spain is rapidly coming to an end, and I’m delighted to report that we have accomplished our primary goal, that of the olive harvest.

However, during the last month, we have overcome several obstacles:
*lack of electricity (due to very little sun on the panels, rain was shorting out on the batteries and a broken connector), I came to enjoy using candles, it felt quite homely and romantic!

*no water in the taps, (since the tank up the mountain is empty, and the water table in the area is so low that the well is as good as empty too) it is highlighting the global problem of water shortages.

*a battery on the car that refused to hold its charge (we had to buy a new one),

*a tyre that mysteriously kept going down despite two different garages saying there was no problem with it – now fixed without anyone doing anything to it,

*plus the ongoing saga with ITV and the use of a towing hitch. (Their final word on the subject is that we can’t use the original towing hitch, fitted by Toyota because it’s not Spanish – Tim pointed out that the rest of the vehicle isn’t either, but that passed the test! They were still not moved to cooperate.

Despite all the above, which in the whole scheme of things are minor irritations, we managed to harvest 505kg (1111 lbs) of olives and convert them into 85 Litres of beautiful golden-green extra virgin, cold-pressed olive oil.

In addition to the oil I have successfully cured 16 pounds of olives for eating, and I don’t mind telling you they are delicious.

Since 85 litres is more than enough for us, we offered the rest of the crop to friends, tonight we’ll find out how much more they were able to harvest.

One thought on “The Olive Harvest”